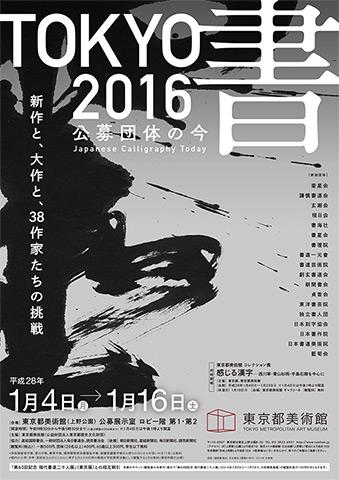 A cooperative exhibition by 18 public calligraphy groups based in the Tokyo-Kanto area. Featured are 38 artists chosen by each group as representing the “rising generation of calligraphers.” Contemporary calligraphy of many genres—Kanji, Kana, Modern Poetic Calligraphy, Large Character Calligraphy, Seal Engraving, Carved Characters, and Avant-garde Calligraphy—will be presented in one venue, with a focus on recent works, to demonstrate the power and beauty of “Tokyo Calligraphy Today.”

*Supported by
The Asahi Shimbun, The Sankei Shimbun, THE MAINICHI NEWSPAPERS, The Yomiuri Shimbun