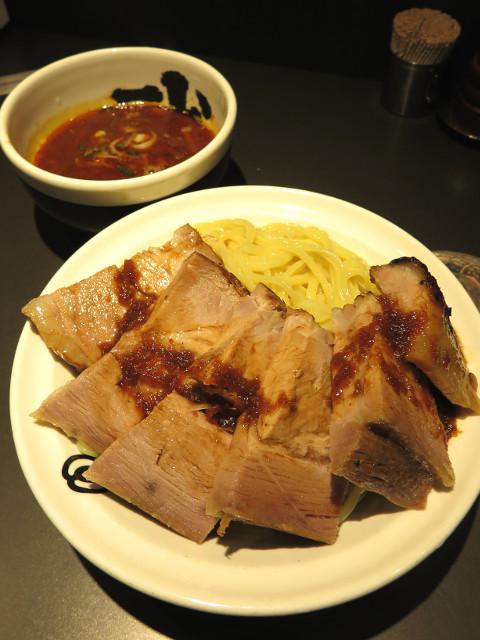 In 2004, Menya Musashi Bukotsu opened in Ueno as the third restaurant brand of Menya Musashi Family, and it caused the boom of Gyokai-Tonkotsu Ramen made with broths of seafood (Gyokai) and pork bone (Tonkotsu). Menya Musashi Bukotsu Souden inherited Bukotsu's soul and techniques and was opened as a Tsukemen restaurant in Ueno in 2011. Customers can choose a flavor of dipping soup from the three basic flavors offered at Bukotsu as well; Shiro (white: Gyokai-Tonkotsu), Aka (red: shrimp & hot flavor), and Kuro (black: flavored sesame oil). The picture is "Atsugiri Roast Pork Tsukemen" that literally stands for thick-cut roast pork Tsukemen. Surprisingly, the juicy, tender roast pork alone weighs 400 grams! The chewy noodles are special too. Its cross section is U shape so that each noodle can scoop up the delicious dipping soup and bring it to your mouth. 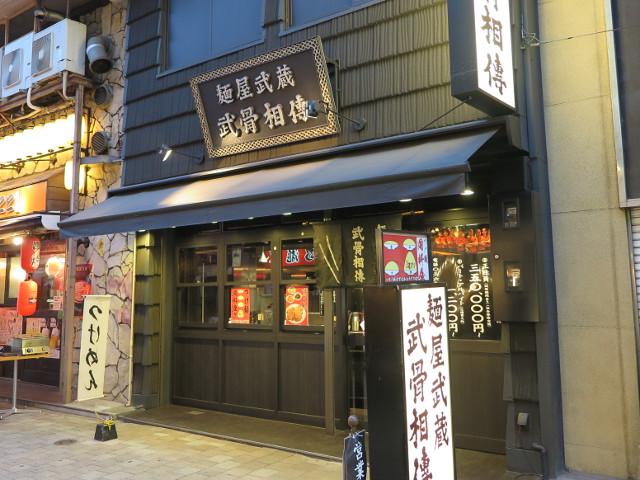